UBERMORGEN, Leonardo Impett and Joasia Krysa – The Next Biennial Should be Curated by a Machine 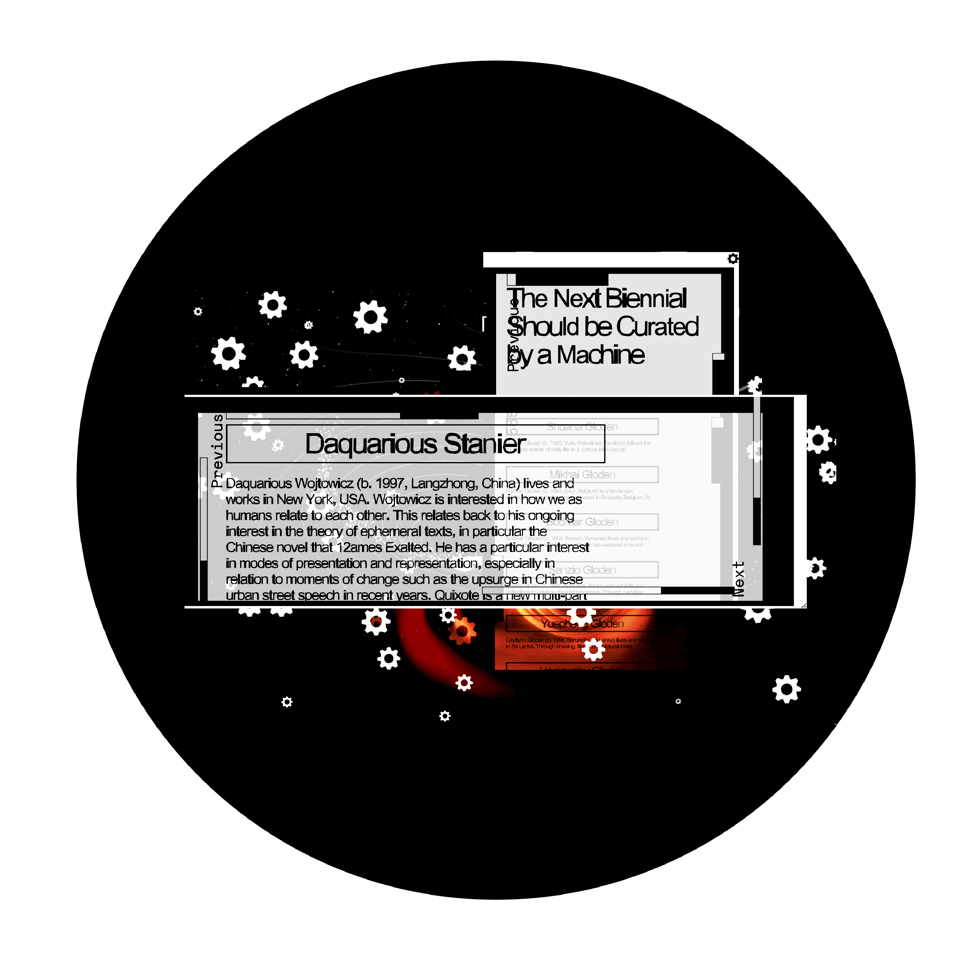 The Next Biennial Should Be Curated by a Machine reimagines the future of curating in the light of Artificial Intelligence as a self-learning human-machine system. Developed as a collaboration between artists UBERMORGEN, digital humanist Leonardo Impett, and curator Joasia Krysa, this project features a group of technical machine learning processes collectively named B3(NSCAM).

The B3(NSCAM) software uses datasets from Liverpool Biennial and the Whitney Museum, among other sources. It processes them linguistically and semiotically, calculating a future probability for words to appear, to generate endless combinations of possible instances of Biennials in flux. These imagined occurrences manifest as texts—seemingly conventional artist biographies, curatorial statements, press releases, and art magazine reviews—which engage in a continuous process of rewriting themselves. Always remaining fluid and ungraspable, the texts are presented in windows on a range of animated visual backgrounds that allude to the sixty-four parallel universes of possible Biennials constructed by the AI.

Clicking on the interface's spinning wheels will launch a new Biennial universe on an animated graphic constructed from sources such as NASA and sci-fi imagery. Each universe is accompanied by a soundtrack from the TikTok playlist, alluding to the mix of creative expression and preconfigured elements in digital tools. The respective universes are created by subtle changes in the software's parameters, for example giving more weight to one data set—such as the Whitney or Liverpool Biennial—over another, or simply generating variations of biographies for artists with the same first or last name. Together these textual and graphic universes of Biennials narrate and visualize the impossible, absurd endeavor of an AI to curate on the basis of what it has learned from sources compiled by people and human understandings of art.

This project includes a background with a flashing graphic effect. 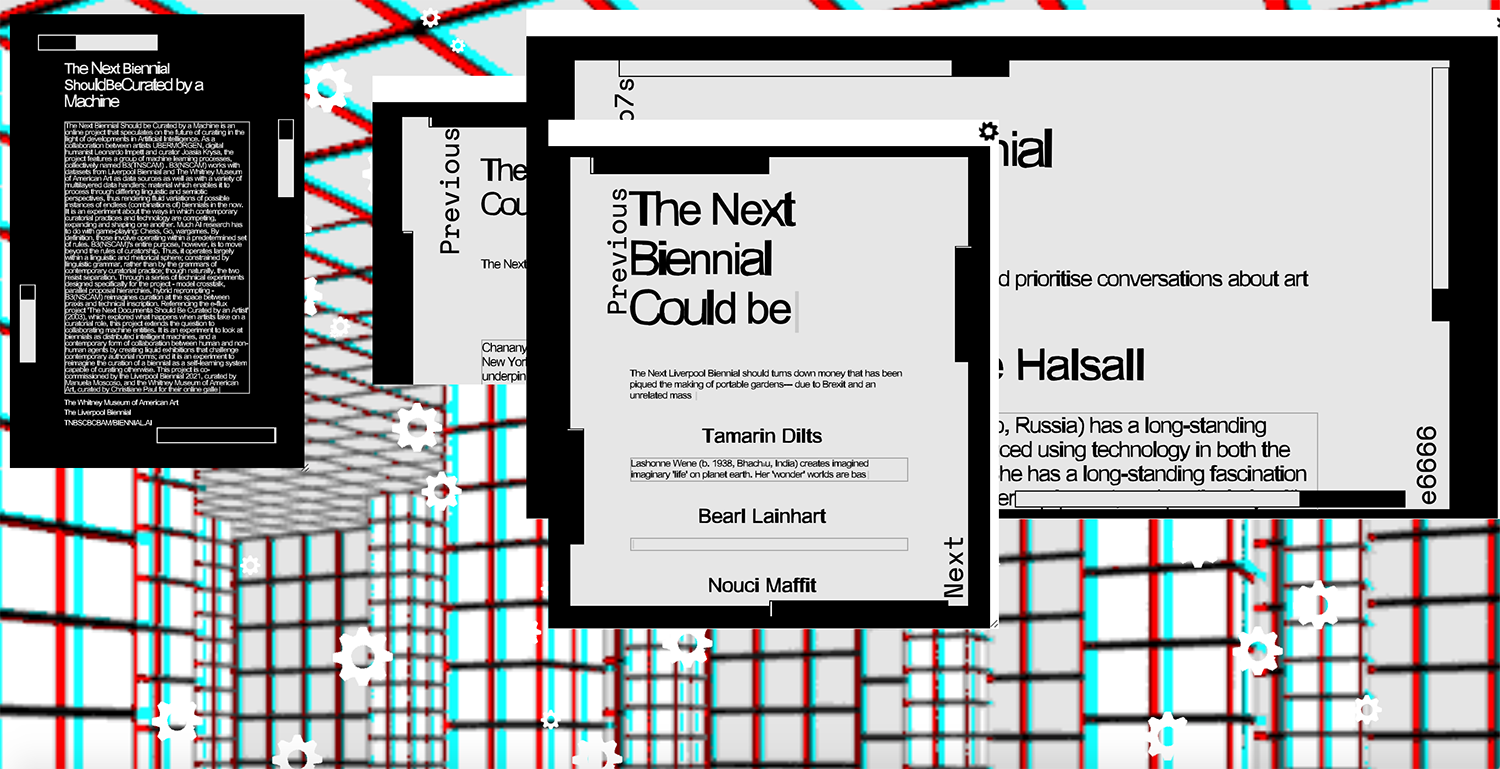 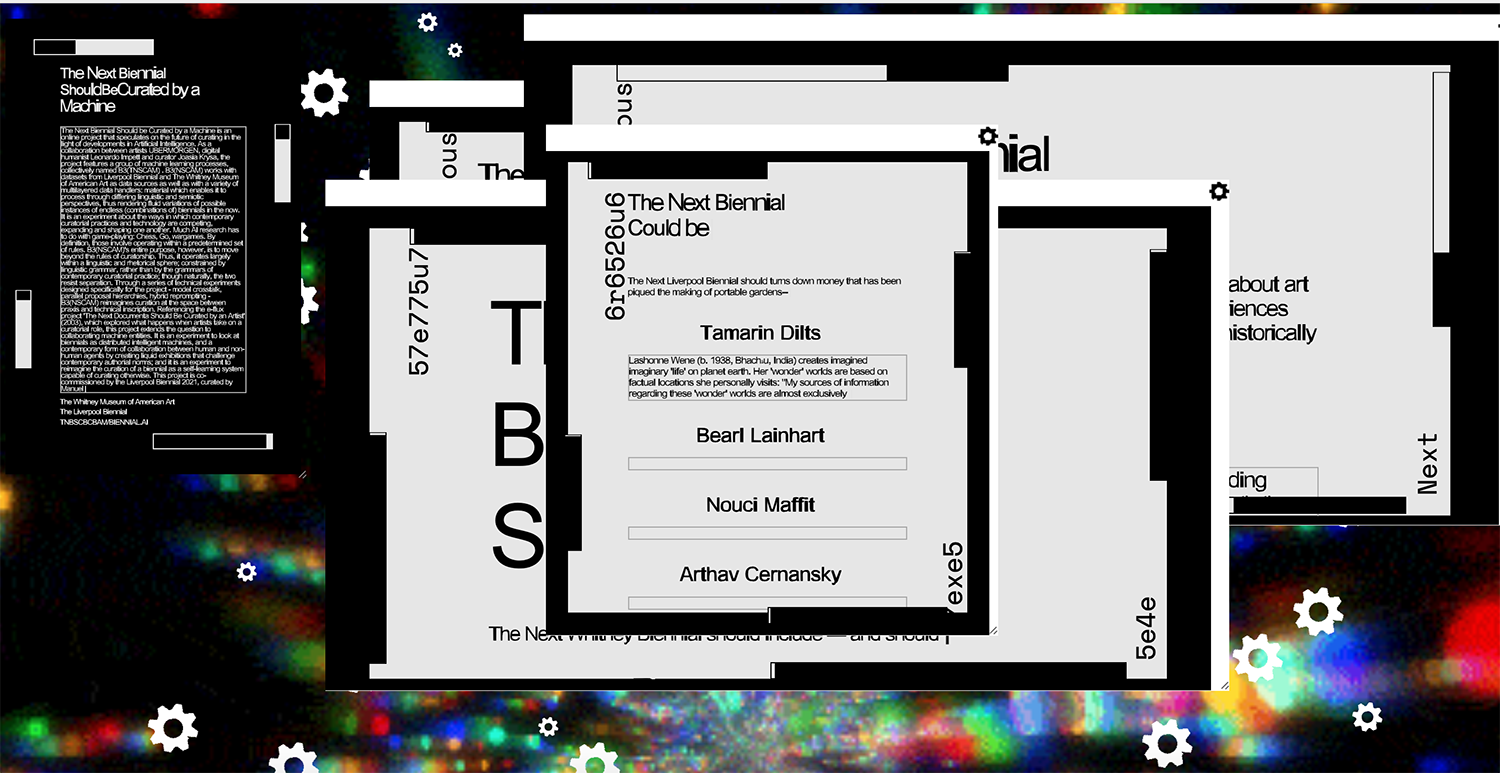 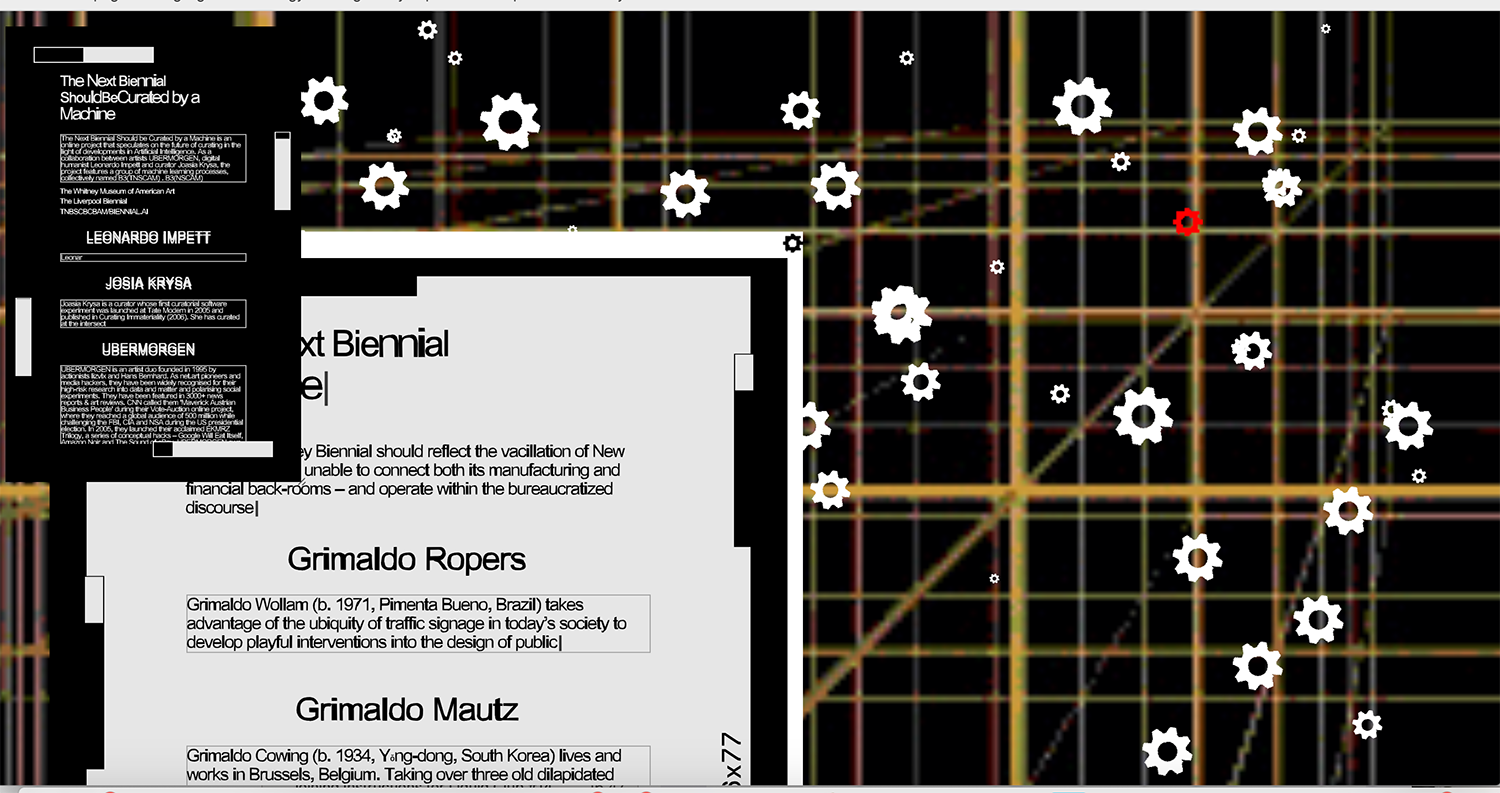 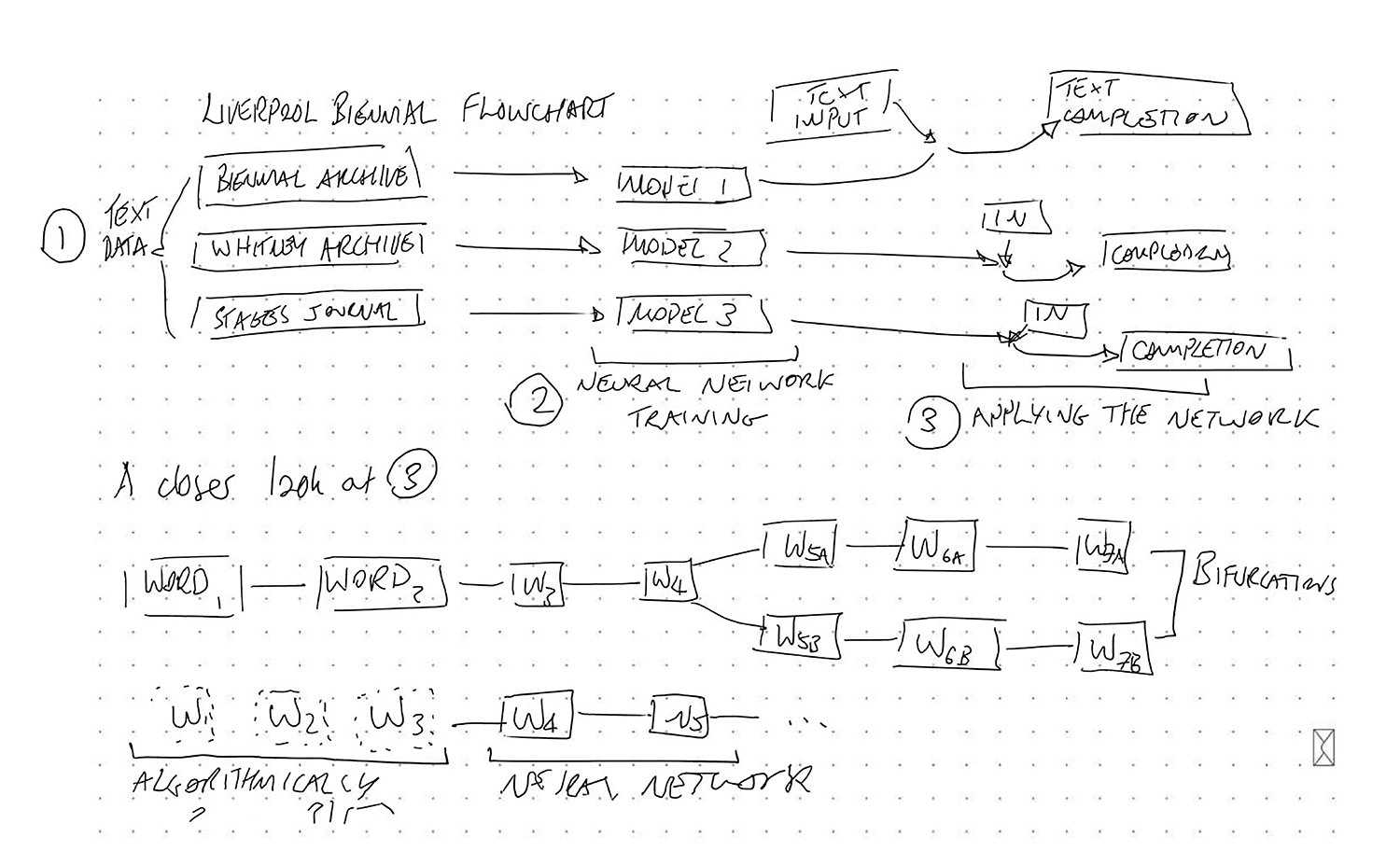 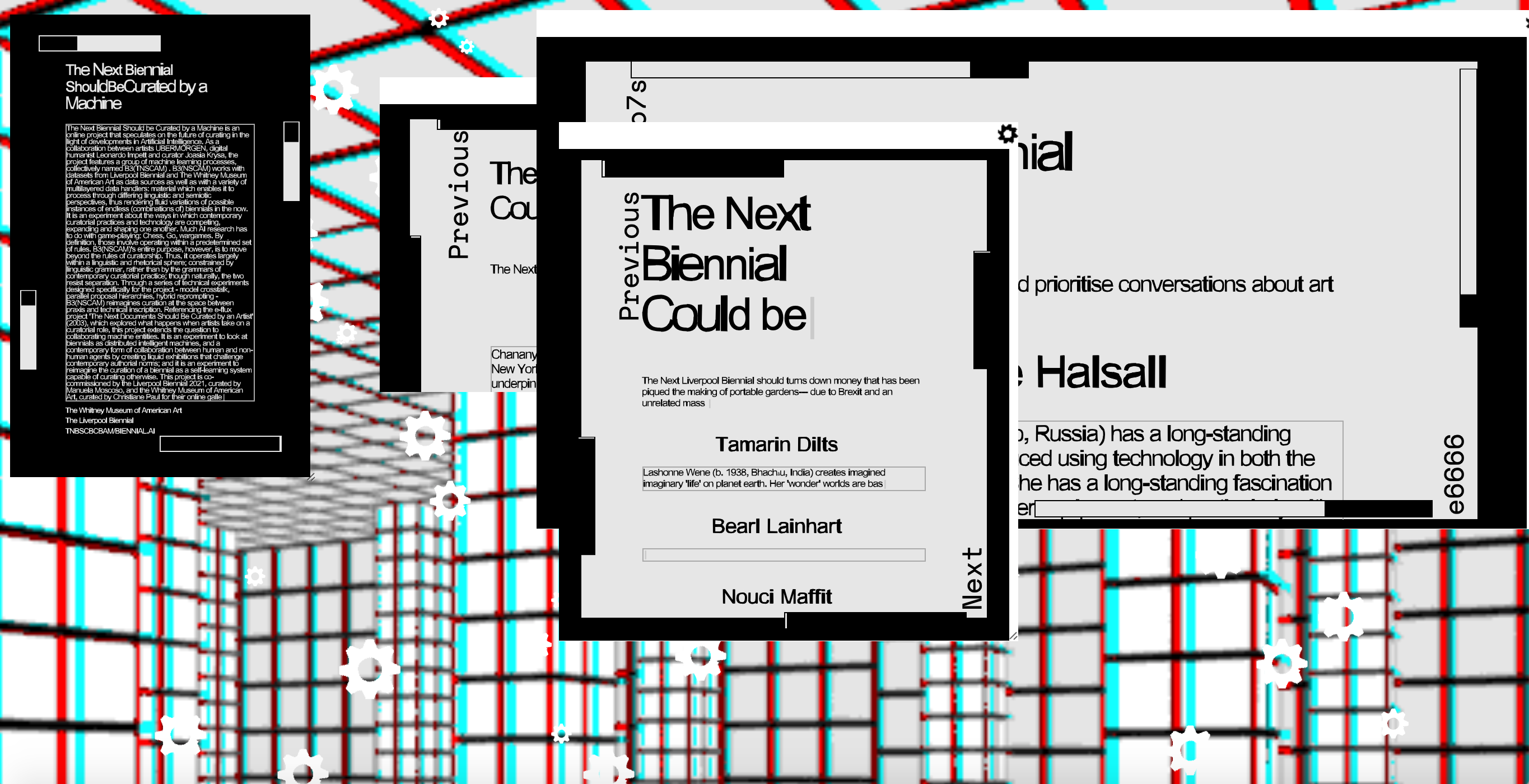 KS2 IT -Tracking the Code 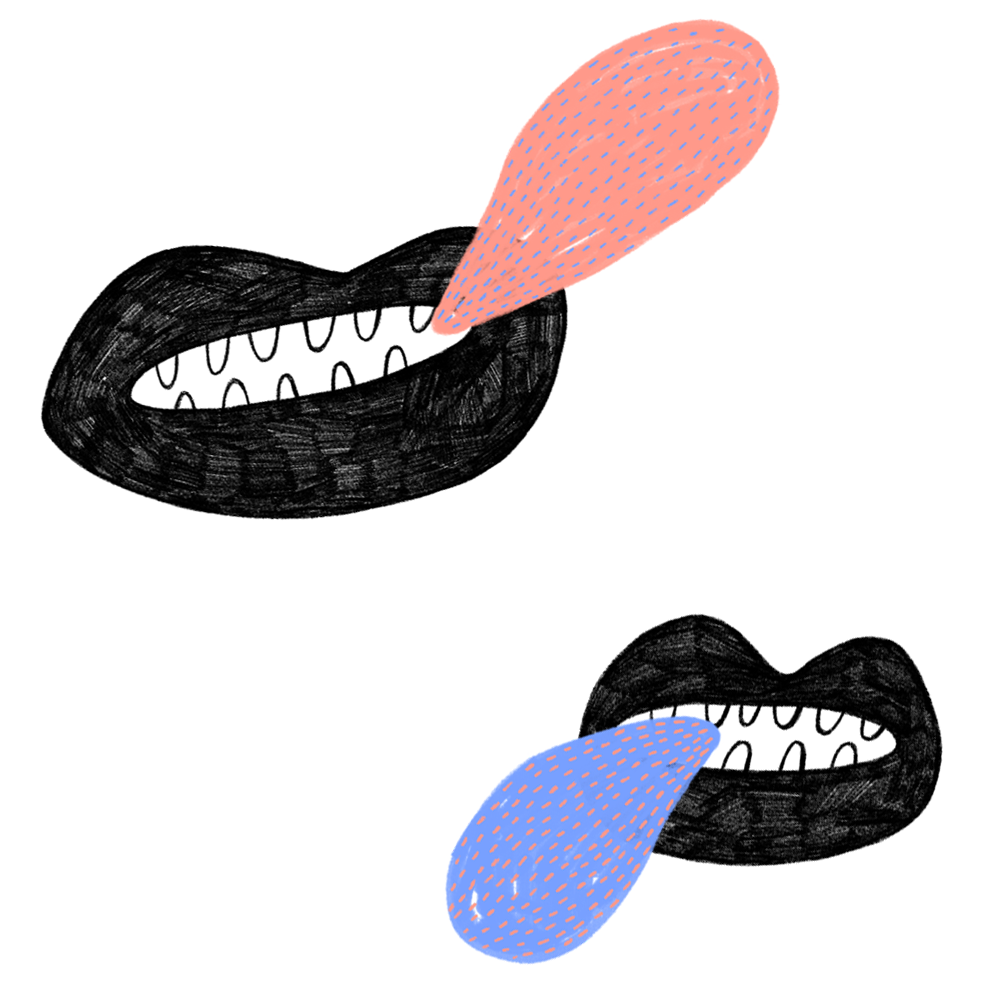 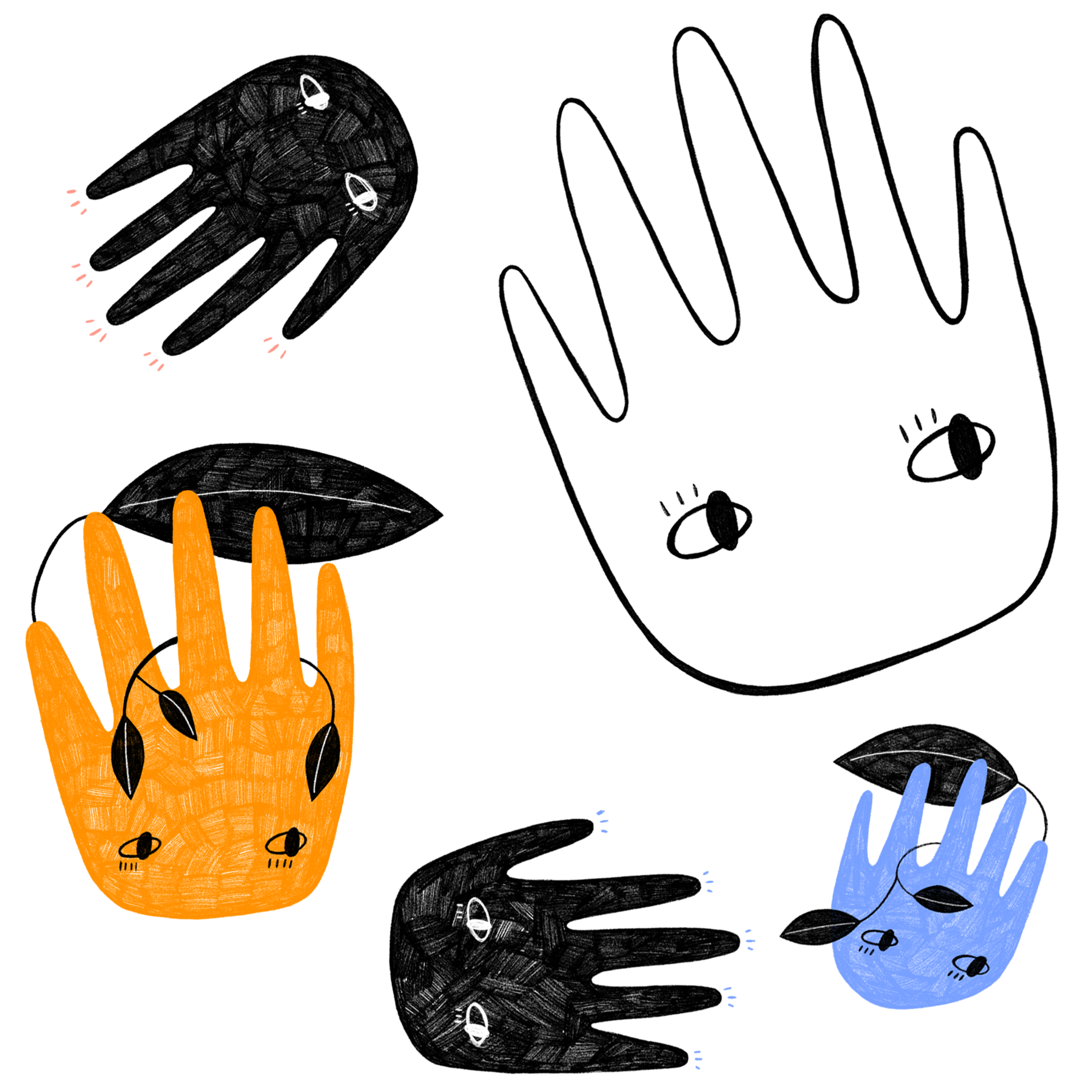